Golden monkeys are species of the old monkeys that are found in the Volcanoes National Park, Rwanda, Mgahinga national park, , Virunga Volcanic Mountains as well as Kahuzi Biega in the far eastern Democratic Republic of Congo. These are commonly found in highland forests nearby Bamboo vegetation.

They live in social groups of about 30 individuals and mostly feed on fruits, insects and leaves and are listed as endangered species. Golden monkeys are believed to be sub species of the blue monkeys since both look alike and they have a golden orange patch on the upper back and flanks.

Golden Monkeys also prefer most habitants with bamboo and fruits and move to different areas depending on seasons. For example, when the bamboo shoots are available, they will stay in that particular area and when the fruits are available in a certain place, these same primates will be encouraged to remain in the same place. It was recently studied that golden monkeys prefer areas with bamboo than any other place so they will always be located in such places. 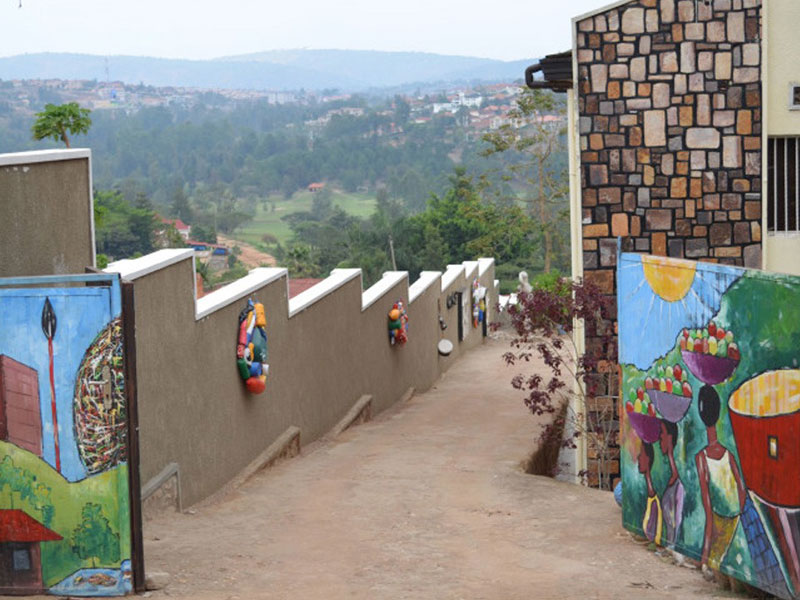 1 Day Kigali Museums and Galleries Tour Our guide will pick you up from your hotel accommodation at 8.00 am after having your morning breakfast and […] 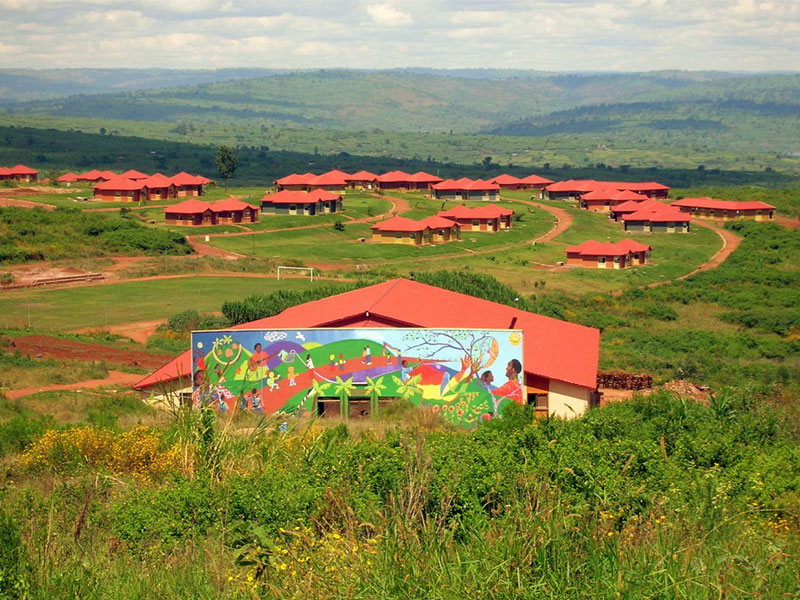 1 Day Visit to Agahozo Shalom Youth Village In the morning after the breakfast, your drive guide will transfer you to Rwamagana to visit and explore […] 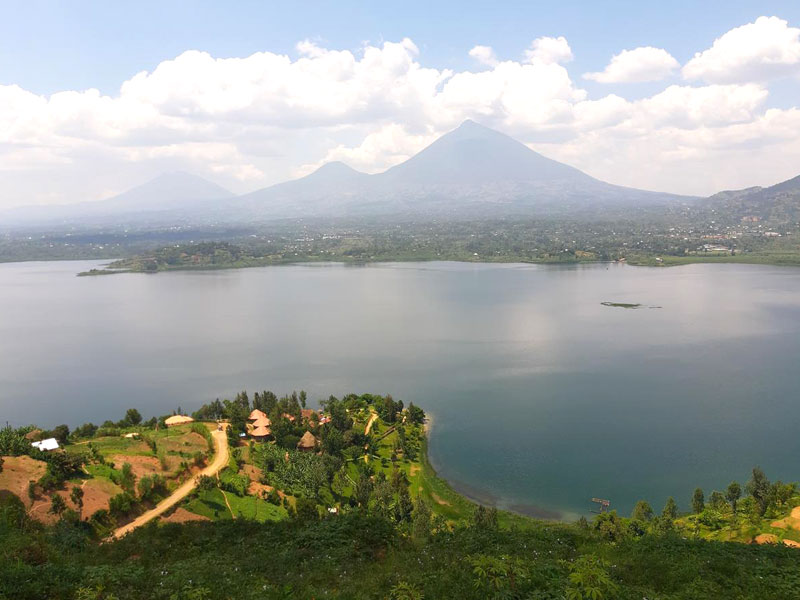 1 day Ruhondo Lake Adventure   As you pass along the Northern Province to reach Ruhondo lake, you will enjoy the revitalizing views and landscapes of the Country […] 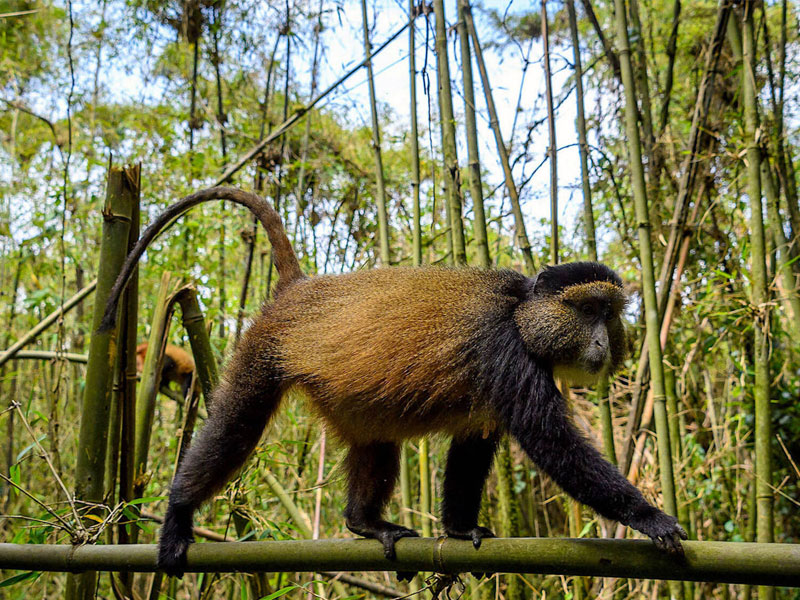 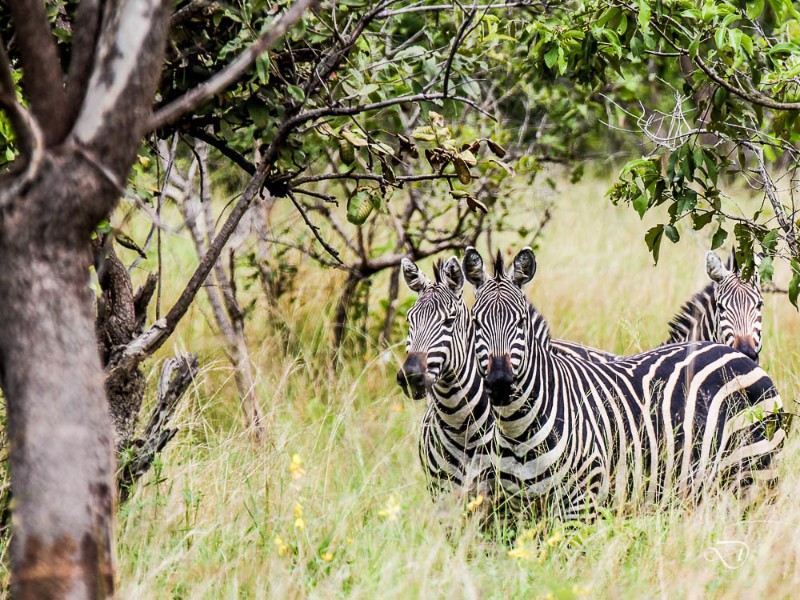 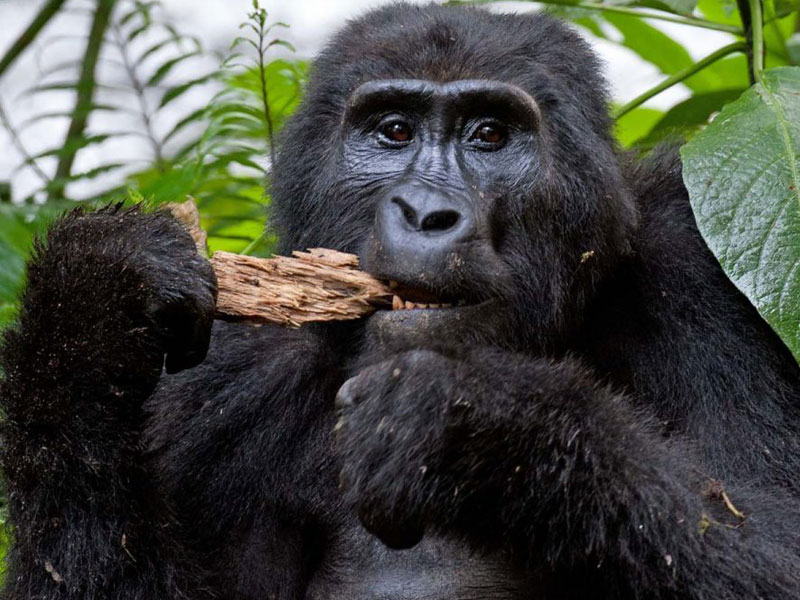 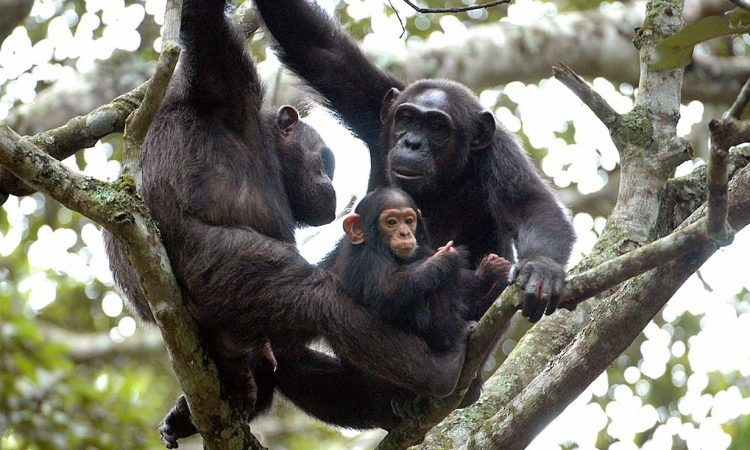 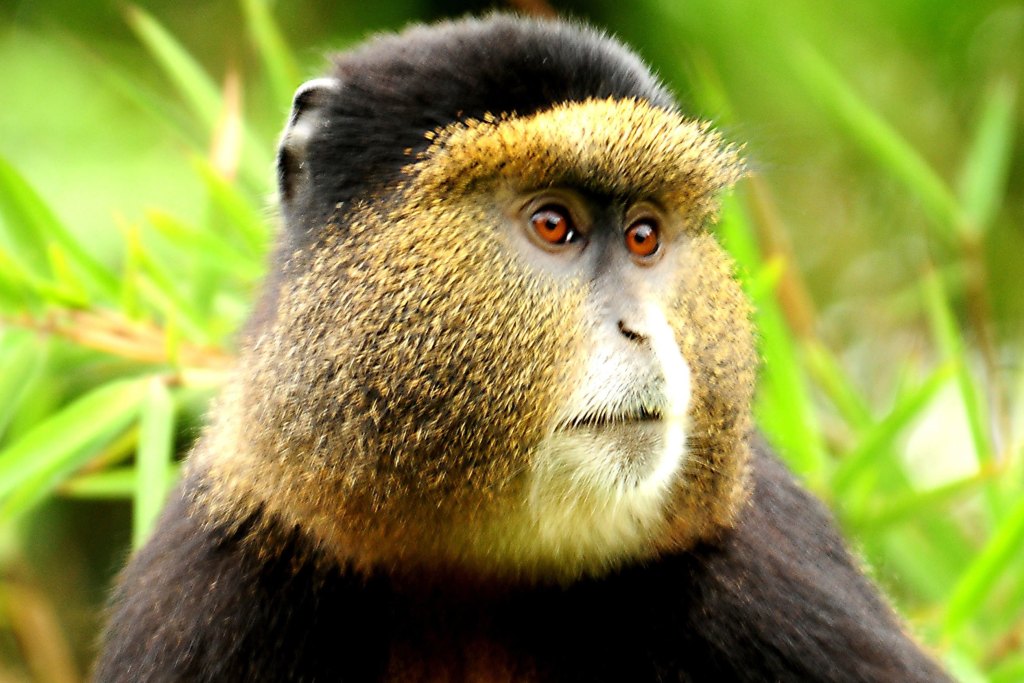 Go2Rwanda has made it easy for you to find the perfect lodge in Volcanoes National Park, Rwanda during your gorilla Trek tour or golden monkey trekking safari. Next are the accommodations we picked for you; from Luxury to budget.

The luxury accommodation is Sabyinyo Silverback Lodge because it is high up on hill, has great views, cozy rooms with fireplaces and amazing service. We also recommend Virunga Lodge which is a beautiful eco-lodge but an hour’s drive from the trek starting point. When you already have to be up and ready at 6am adding an hour drive to that is not insignificant. For a medium budget the best choice is Mountain Gorilla View Lodge. It does not claim to be more than it is but it is very convenient and the rooms are quite spacious. For the more modest budget Le Bamboo Gorilla Lodge was perfectly comfortable. 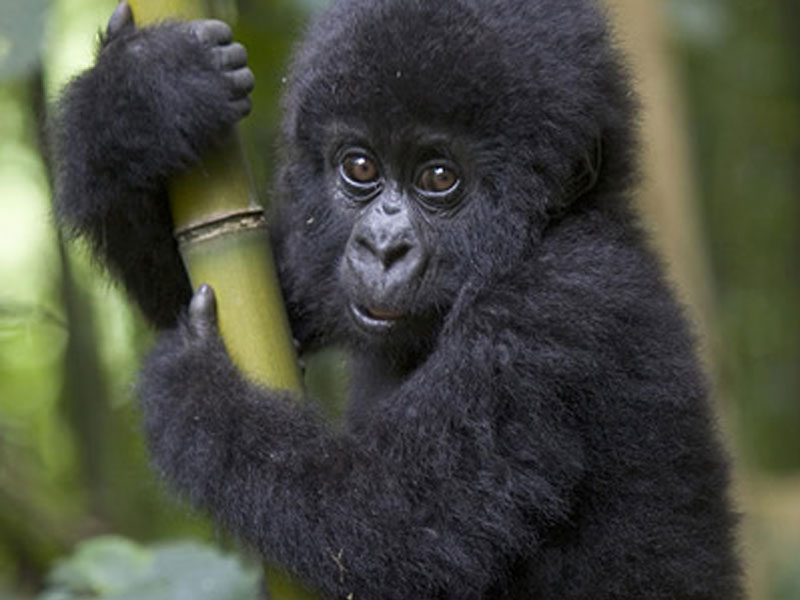 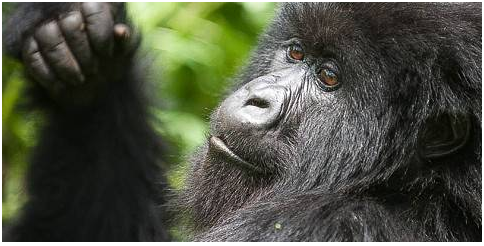 4-Days Gorilla Trekking Tour of Rwanda   Day 1:Arrival & pick-up   Upon arrival at Kigali International Airport in Rwanda and after finalizing the formalities, […] 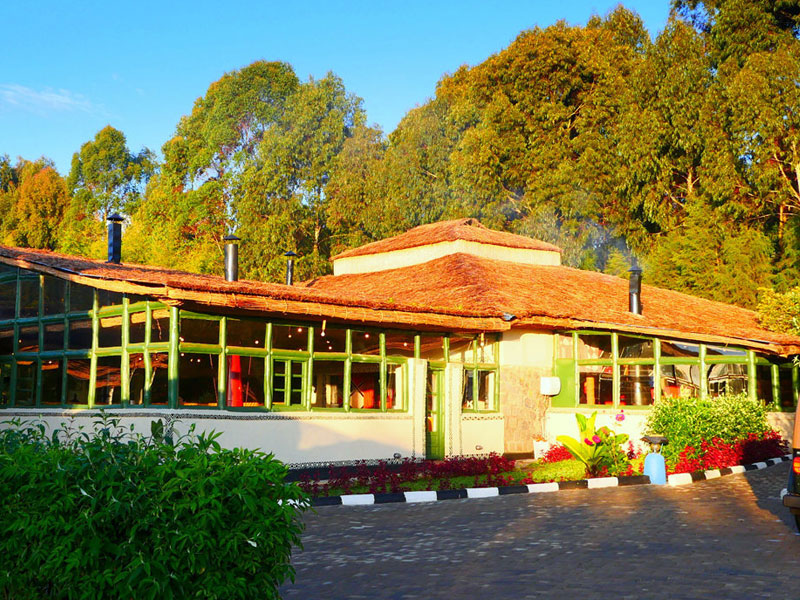 Le Bambou Gorilla Lodge This property is situated 2 hours and a half from Kigali International Airport and only 10 minutes’ drive from the park headquarters. […]

Where to Go Trek the Mountain Gorillas and Golden Monkeys?

Volcanoes National park is a home for golden monkeys, a variety of birds, reptiles, amphibians, and insects among other creatures which together make a complete Rwanda safari package. and that’s where the gorilla and golden monkey trek happens.

Volcanoes national park is a stop center for all Rwanda gorilla safaris sheltering the highest number of mountain gorillas in the Virunga Conservation area. The strategic location is roughly 2 hours drive from Kigali international airport make it the most accessible gorilla national park in the world.

Getting Visa to Rwanda

Visit the Rwanda Directorate general of Immigration and Emigration : https://www.migration.gov.rw/index.php?id=28 which takes you to a visa application form which picks your personal information.

Depending on your travel plans, choose the best visa choice available;
– Single entry visa – allows entry in Rwanda alone for 30 days – 50 USD
– Transit Visa for 3 days – only you in the country for only 3 days – 50USD
– East African Tourists Visa – Allows you to cross to all East African countries including Kenya, Uganda, Rwanda – 100 USD

The supporting document to attach is your tour Itinerary if traveling to visit rwanda, Invitation letter, other document with respect to your travel intentions or your flight details in PDF format. You MUST ATTACH documentation at this stage or the visa request will not be processed.

How much is a golden monkey trekking permit?
Just like in mountain gorillas, Travelers to see golden monkeys are required to buy permits which allow them to access and spend an hour with these amazing creatures. Fortunately, golden monkey permits are quite cheap costing $100 per permit in both Uganda and Rwanda. permits are bought from Rwanda Development Board (RDB) in Rwanda.